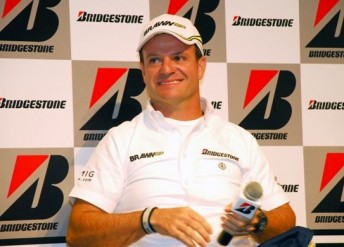 INTERNET search engine Google has been ordered to pay $500,000 in damages to Brawn GP driver Rubens Barrichello for hosting fake online profiles of him on its social network Orkut, reports the Adelaide Advertiser.

The decision by the court in Sao Paulo was published in the Brazilian state’s official government gazette yesterday.

And the damages could be raised as far as $700,000. The case was lodged in July 2006, and Google risk a daily fine of $590 until the pages referring to Barrichello were removed.

Orkut, owned by Google, were deemed responsibility, proved in court that it manages the site and established the rules for its use.

The media said there were more than 300 fake profiles under Barrichello’s name on Orkut, with most portaying him in a negative light, including some depicting him as a ‘tartaruga’ (turtle).

The US Internet company made no immediate comment on the judgement. Brazilian specialists said the amount of damages was the biggest yet awarded for false web profiles and online libel. Barichello is said to be donating the awarded damages to Instituto Barrichello Kanaan charity.