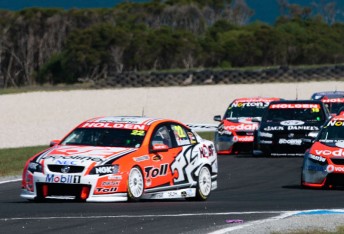 Walkinshaw Racing has declared it will not build anymore of the current V8 Supercars chassis until firm decisions are made on the category’s ‘Car of the Future.’

WR CEO Craig Wilson told Speedcafe that his organisation has no plans to construct any new cars.

“The Car of Tomorrow is not that far away and we’d rather put our time and energy into that program than doing anything with the current cars, by way of the new chassis,” he said.

“Our chassis are all relatively new now anyhow. Two of them are less than a year old, so to replace them for just one year isn’t viable from a commercial point of view.”

Walkinshaw Racing will remain an integral part of the homologation of any new Commodore V8 Supercar.