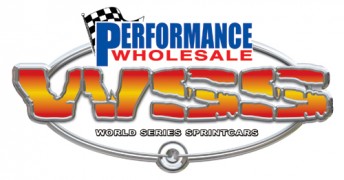 Organisers of the World Series Sprintcar Series have announced Australia’s largest supplier of high performance engine parts, Performance Wholesale, will be the naming rights sponsor for the 2009/2010 season.

Performance Wholesale proprietor Bill Mann has been involved with many motorsport disciplines including V8 supercars, boats and drag racing since starting a machine shop assembling high performance engines for customer’s racecars in 1976 however his heart belongs to the dirt oval.

“At the end of the day when I have felt lost with motorsport I have always headed back to the dirt where I feel most comfortable,” said Mann.

“This (the sponsorship of WSS) is basically my way of paying back to the industry that has provided me with a great way of life for my family and I am happy to be putting something back in the sport… it’s a sport that I enjoy.”

Mann has been a major part of the Australian speedway landscape for a long time and said he was blessed to have been involved with sedan great and 2007 NASR Australian Speedway Hall of Fame inductee Grenville Anderson.

“It was a privilege to work with the guy who was brilliant,” reminisced Mann, “he had a great attitude and a passion for the sport.”

Following Anderson’s much-publicised accident Mann went missing from the speedway scene for a while until he teamed up with Barry Lawrence and tried his hand at owning a sprintcar team.

Since then Mann’s passion for the sport has continued to grow and he has had some of the best in the game drive for him including Stephen Bell, Garry Brazier, Shane Stewart, Cameron Gessner, the list goes on.

“Going back about 10 years when we were with Stephen Bell we would go to a race track and there were six or seven new cars turn up,” added Mann.

“Now we can go to a track and it is nothing unusual to see 20 to 30 new cars, everyone now has got good engines and good gear.”

Mann has supported World Series Sprintcars in various forms and two years ago offered the prize of an engine to the series winner.

The Queenslander believes the 2009/2010 series has taken a big step forward with the re-inclusion of Wade Aunger and the implementation of the television deal with One HD for what he believes will be one of the most competitive series’ for many years.

“It is great to see Wade Aunger back in his commentary role and he will help lift the atmosphere on race night,” said Mann.

“This year we have got some really good, young, exciting guys coming through and they will throw all caution to wind. They are the type of drivers who you will never die wondering what they are going to do.

“I think it is by far the toughest and most competitive series we have ever seen.”

The 2009/10 World Series Sprintcars Championship is set to begin on November 22 in Brisbane, before embarking on a 14-round schedule across the country and concluding in Perth during February 2010.