Cruickshank hands over the weekend keys

Cruickshank hands over the weekend keys 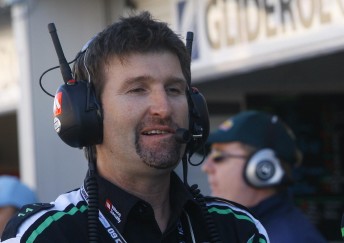 Paul Cruickshank has left the Phillip Island circuit midway through the V8 Supercar round due to a family illness.

“Between Daniel, Leigh and myself, we’re looking after the shop,” McMellan told Speedcafe.

“Our debut yesterday was good. We had Fabian (Coulthard) in the top 10, but our second innings hasn’t been quite as good …”

Coulthard has qualified 14th for this afternoon’s race, while team-mate Michael Patrizi will start from 26th.