The push for 28 entries remains

The push for 28 entries remains 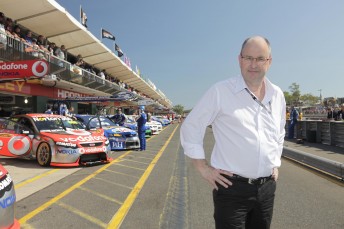 Tony Cochrane is keeping his eye on the "magic number 28"

V8 Supercars Executive Chairman Tony Cochrane has reaffirmed the V8 Supercar board’s position on the desire to have a maximum of 28 franchises (Racing Entitlement Contracts) in the Championship Series.

There are currently 29 RECs in the Championship Series and the V8SA board has had a long stated policy to reduce the total entrants back to 28.

Tasman Motorsport has both its RECs offered for sale at the moment, with exceptional bids being placed on them by the Dumbrell family (for a new start-up team) and Tony D’Alberto Racing.

As reported by Speedcafe (Monday), the V8SA Board will meet on November 18th to consider the current RECs available for sale. The Dumbrell’s bid for a REC is believed to be higher than TDR’s, which may put the D’Alberto operation in some doubt if the V8 board elects to reduce the field to 28 cars.

“Clearly with the number of team changes and potential REC changes this could be an ideal opportunity for the teams to purchase back a franchise so that we hit our magic 28 number,” said Cochrane.

“With the exception of NASCAR, virtually no other professional motorsport series in the world runs this many cars in their Championship.”

Cochrane admitted that final outcome of a REC buy-back will be down to the teams.

“At the end of the day this is a teams decision and the teams will decide whether to reduce from 29 to 28 or not,” he said.

“One could certainly say it is a nice position to be in.”