Perkins swaps chassis for The Island 300

Perkins swaps chassis for The Island 300 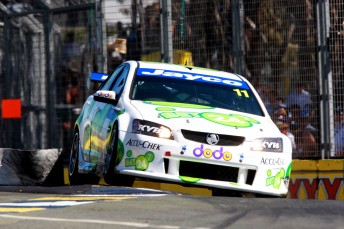 Jack Perkins will switch chassis for this weekend’s Island 300 at Phillip Island.

Perkins, driver of the BET 247 Commodore VE, will step back into chassis PE047 and will campaign that car for the rest of the year.

Perkins actually drove the first part of the season in PE047, before switching to PE045 drove for the Phillip Island 500, Bathurst 1000 and SuperGP.

Perkins told Speedcafe that there is no inconvenience in swapping chassis.

“It helps having a spare car for anyone of us four to use,” he said.

“It will be good to get back into the car that I’ve been familiar with and I’m hoping to finish the year off strong.

“The biggest difference is seat position. There are a few different things with this car that make them a bit nicer, but other than that, every car has all the go fast bits, so it’s just good to get back into the car I started the year in.”