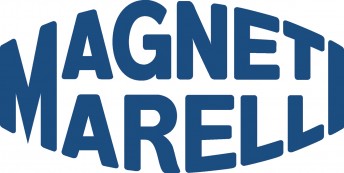 A new electronic version of the yellow flag traditionally waved to warn drivers of upcoming hazards is set to be introduced in World Rally Championship events from 2010.

The new system, developed by Italian automotive company Magneti Marelli, can receive and display information about hazards on the rally stage far more quickly than is possible using road side flag marshalls.

The Magneti Marelli Yellow Flag device is mounted inside a car’s cockpit and enables rally organisers to communicate directly with driver and co-driver via a flashing yellow light to warn them of a hazard ahead. The device also sounds a loud alarm to capture the crew’s attention.

By pressing a confirmation button, the co-driver informs the organisers that the danger signal has been received, after which the flashing and the loud noise stops.

The device is also equipped with a wireless connection to a GPS antenna fitted on the car, which transmit the car’s position and allows for further interaction between the crew and the race organisers.

Magneti Marelli boasts a rich tradition in motorsport and has been the Official Automotive Telemetry Sponsor of the World Rally Championship since 2008.

Roberto Dalla, Managing Director of Magneti Marelli Motorsport, said: “The WRC is the ideal scenario in which to improve our products and a market where to present innovative technological solutions. As of today, thanks to the WRC Electronic Yellow Flag System, it also represents a chance to do something extremely useful for the pilots and the fans who watch this exciting sport.

“In 2009 Magneti Marelli feels even more a part of this world and with the awareness that there is still plenty that can be done to improve both fun and safety,” he added.