No deal for Murphy and SCAR: Morris

No deal for Murphy and SCAR: Morris 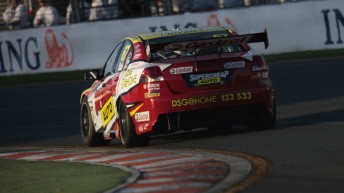 According to team owner Paul Morris, Kiwi racer Greg Murphy will not drive for Supercheap Auto Racing next year.

The team boss of SCAR told Speedcafe that reports by Motorsport eNews yesterday were wide of the mark.

“No, he’s not driving for Supercheap Auto Racing,” he said.

“I can guarantee you that.”

Morris also denied the chance of a third entry that ‘Murph’ could campaign under a different team name, but still be run by the Paul Morris Motorsport team.

Morris says that he would like to have his driver for next season sorted soon.

“I’d like to have a deal done now. But I don’t even have the funding in place yet,” he said.