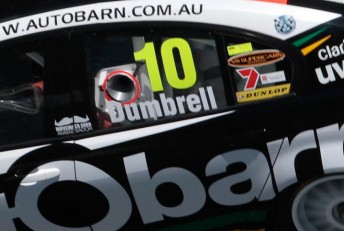 The Dumbrell family is investigating opportunities to enter the V8 Supercar Championship Series as team owners.

Speedcafe can reveal that the racing family has been in contact with a number of teams searching for an available Racing Entitlements Contract to compete in the championship next year.

If the Dumbrell clan is successful in its search for a REC, the initial plan is to call the team ‘Lucas Dumbrell Racing.’

Lucas Dumbrell was involved in a horrific accident at Oran Park last year in the final round of the Australian Formula Ford Championship where he was left a quadriplegic.

By having a V8 team in his name, Lucas could return to the sport as a team owner and give the 19-year-old a new focus in life.

The proposed team’s equipment, chassis and driver combinations are yet to be finalised.

Lucas’s old brother races for Walkinshaw Racing under the Autobarn Racing banner. He drove with the Toll Holden Racing Team at the endurances races at Phillip Island and Bathurst this year.

Speedcafe approached Paul Dumbrell about the family’s plans but the 27-year old did not want to make comment.

Garry Dumbrell, father of Paul and Lucas, formally owned a V8 team (Kmart Racing) in 2000. It ran entries for Greg Murphy and Steven Richards before selling to Bob Forbes and Fred Gibson.