Fresh from securing the 2009 O’Reilly All Star Circuit of Champions title Tim Shaffer continued his winning ways on the weekend, this time it was in the World of Outlaws Sprint Car Series.
After a great 2009 season and the only thing missing was a World of Outlaws win. Shaffer came close a few weeks ago at the famed Eldora Speedway in Ohio, leading a number of laps before settling for a runner-up finish.

He made up for that near miss on Saturday night as he was victorious in the New Yorker 25 at Rolling Wheels Raceway Park as the World of Outlaws made their long awaited return to Super DIRT Week before a standing room only crowd at the sprawling 5/8-mile.

“To come up here and win this is awesome,” said Shaffer.

“The car was great tonight. Brian (Kemenah, Crew Chief) and the guys do such a great job and it makes me look good. I have a great team here and the owner is great. It’s the whole package.”

For Shaffer it was his 12th career World of Outlaws A-Feature win and his first victory in the state of New York. Prior to Saturday night, his best career finish at Rolling Wheels had been two eighth-place performances. With the victory, the current All Star Circuit of Champions title winner has now won a total of 13 times in 2009. 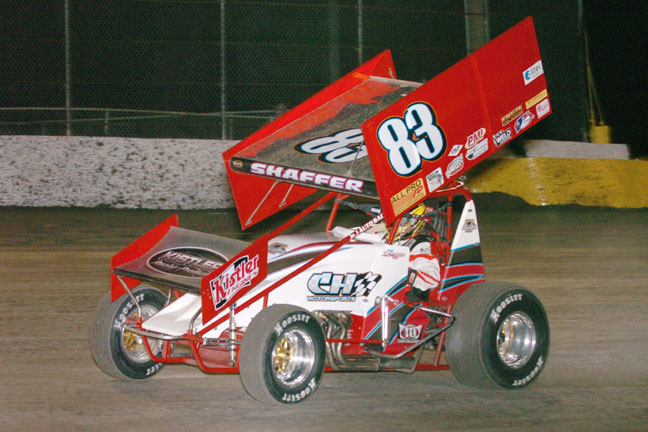